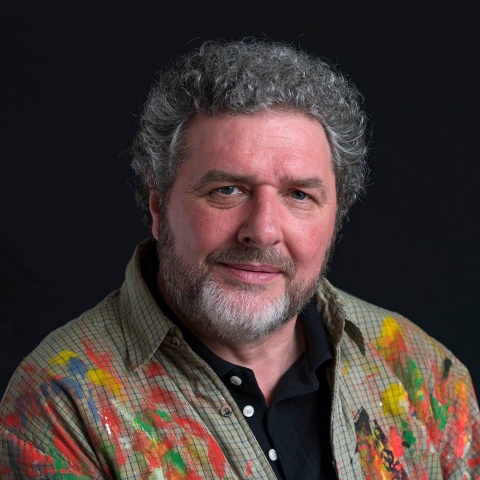 Adrian Rice is from Belfast, Northern Ireland. He graduated from the University of Ulster with a BA in English & Politics, and MPhil in Anglo-Irish Literature. He has delivered writing workshops, readings, and lectures throughout the UK & Ireland, and America. In 1999, as recipient of the US/Ireland Exchange Bursary, he was Poet-in-Residence at Lenoir-Rhyne College, Hickory. His poems and reviews have been broadcast internationally on radio and television, published in international magazines and journals, and his poem/image work with Irish artist Ross Wilson has been collected by the Tate Gallery (London), and the Boston Museum of Fine Arts. Rice returned to LRC as Visiting Writer-in-Residence for 2005. Since then, Adrian and his wife Molly, and youngest son, Micah, have settled in Hickory, from where he commutes to Boone to teach on our FYS program, and to complete his Doctoral studies. During his time in Hickory, Adrian has taught English and Creative Writing at LRU, Catawba Valley Community College, and at ASU for the Reading program. He has also teamed up with Hickory-based and fellow Belfastman, Alan Mearns, to form 'The Belfast Boys', a dynamic Irish Traditional Music duo. Their album, Songs For Crying Out Loud, regularly airs across the Carolinas. Adrian's recent poetry titles, The Clock Flower (2013) and Hickory Station (2015), are both published by Press 53 (Winston-Salem). Hickory Station was nominated for the Roanoke-Chowan Award for Poetry, and a poem from Hickory Station, "Breath", was a Pushcart Prize nomination, and was the (London) Guardian 'Poem of the Week'. His latest book is The Strange Estate: New & Selected Poems 1986-2017. Adrian's poems are also included in Arlen House/Syracuse University Press's, Open-Eyed, Full-Throated: An Anthology of American/Irish Poets (2019), and in Crossing the Rift: North Carolina Poets on 9/11 & Its Aftermath (Press 53, 2021). In 2020, he received the Rennie W. Brantz Award for Outstanding Teaching in the First Year Seminar. Adrian's passion is centered on proving the educational, sustaining power of Poetry and the Arts in his Appalachian classrooms.